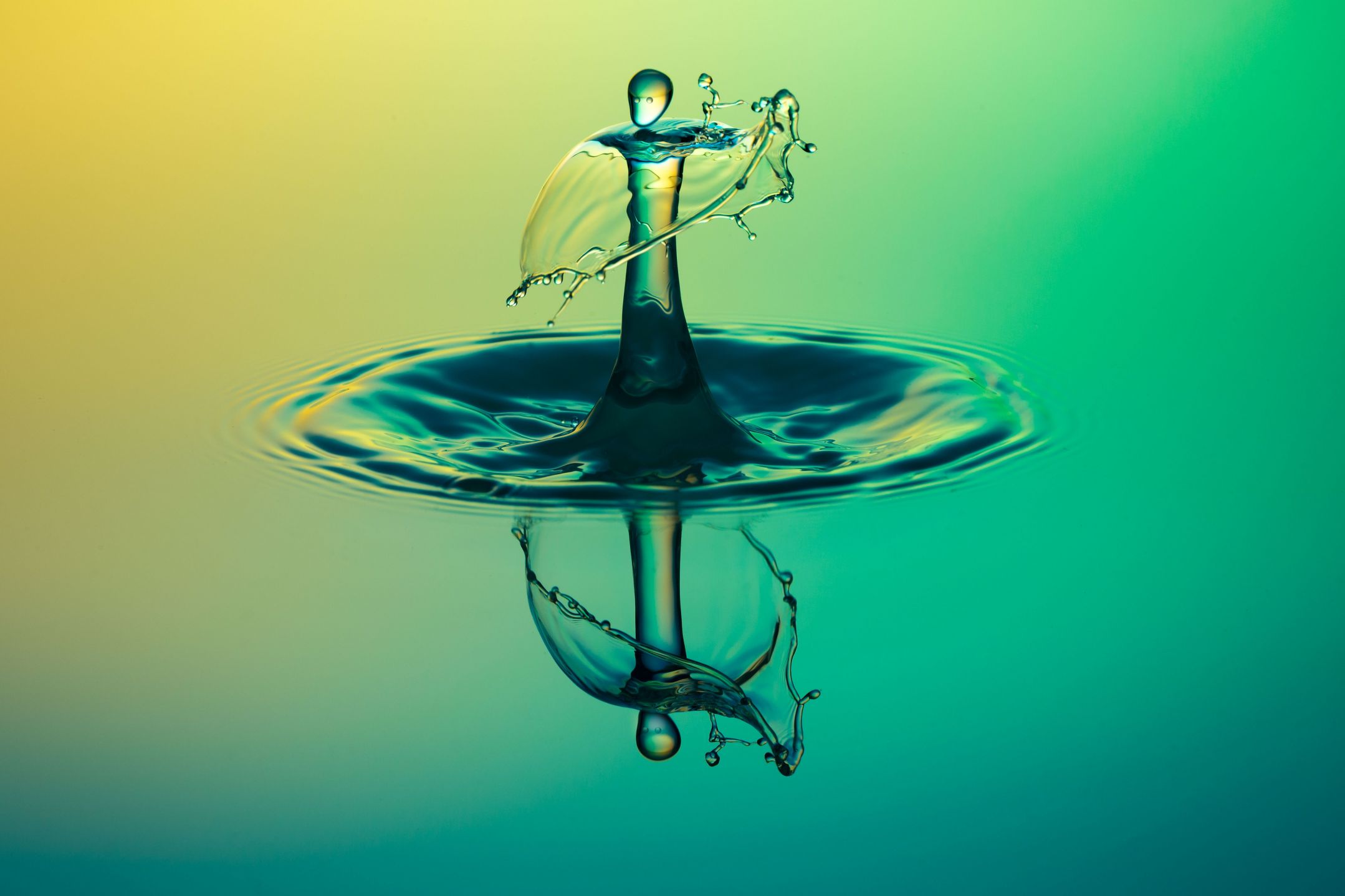 In April 2021, The Ian Potter Foundation commissioned an independent Grantee and Declined Applicant Perception Report.  This was the second reported based on grantee and declined applicant surveys completed by The Centre for Effective Philanthropy (CEP), and followed the inaugural survey conducted by CEP in 2015.

The Evolution of Our Grant Making

In 2015, The Ian Potter Foundation was the first Australian philanthropic foundation to engage the Center for Effective Philanthropy (CEP) to conduct grantee and declined applicant surveys. This was the beginning of our journey to improve our grant making by engaging with and listening to our grantees and our declined applicants.

CEP is an independent organisation based in the USA whose mission is to provide data, feedback, programs, and insights to help institutional donors improve their effectiveness.  Importantly, CEP is able to benchmark our rankings in a variety of areas against a comprehensive selection of comparable international foundations included in CEP’s database.

In April 2021, The Ian Potter Foundation commissioned CEP to again undertake Grantee and Declined Applicant Surveys as part of the Board’s commitment to undertaking a five-yearly independent external review of its grant-making processes.  The results of these surveys are presented by CEP in a Grantee and Declined Applicant Perception Report. This report provides a continuum of performance metrics that will become a longitudinal analysis over time of our performance as a grantmaker. Recommendations from the report also provide invaluable insights drawn from the grantee and applicant feedback and enable our team to initiate timely improvements to our processes, communications and approach to grant making.

Evaluation of the Foundation’s Grant Making

As in 2015, when asked how the Foundation could be an even better funder, grantees and applicants most commonly suggest improvements to the application and selection process.

Consistent with the Foundation’s commitment to transparency, the following extract of the CEP report tabled at the Foundation’s October 2021 Board Planning Day, is provided for the broader philanthropic community to review.

Perceptions of Impact on Grantees' Fields and Communities

Grantees rate significantly higher than in 2015 for the Foundation’s understanding of their fields, and their ratings are now like the typical funder in CEP’s dataset for perceptions of IPF’s impact on their area of operation.

Grantee ratings are significantly higher than in 2015 for the Foundation’s understanding of their communities as well as the social, cultural, or socioeconomic factors that affect their work.

In their comments, many grantees underscore the important role that the Foundation plays in their fields and philanthropy more broadly, particularly by addressing gaps in government funding and using IPF’s reputation to draw attention to crucial issue areas.

Grantee ratings for the Foundation’s impact on their organisations reflect one of the most substantial areas of improvement compared to 2015 and are now in the top 30 per cent of CEP’s dataset.

Grantees rate significantly higher than in 2015 for IPF’s impact on and understanding of their organisations, as well as the Foundation’s awareness of their challenges.

CEP’s broader research finds that grant making characteristics are often related to perceptions of a funder’s impact on grantee organisations, with relatively large, multi-year and/or unrestricted grants being associated with higher ratings for impact.

Respondents who report receiving multi-year grants from the Foundation rate significantly higher for IPF’s impact on their organisations and local communities.

When asked for suggestions about how the Foundation could improve, a second-most frequent theme in suggestions relates to IPF's grant making characteristics.  Most often, grantees request even longer grants/continuous funding or more unrestricted support.

In addition to grant making characteristics, non-monetary support is another area that can be related to perceptions of impact on grantees’ organisations.

More than twice the proportion of grantees (37 percent) now report receiving some form of non-monetary support from the Foundation compared to 2015, and when asked to describe the benefit of this support, nearly two-thirds of grantees select that it was a major benefit.

Grantees who report receiving non-monetary support from IPF rate the Foundation significantly higher for its impact on their organisations and communities, as well as most aspects of their relationship with the Foundation.

Grantees rate significantly higher than in 2015 the Foundation’s responsiveness, approachability, transparency, and openness to ideas about its strategy.

In comments, many grantees note high-quality interactions with IPF staff, using words like “reliable,” “supportive,” and “excellent” to describe their interactions.  Relatedly, grantee ratings for their comfort approaching the Foundation if a problem arises and IPF’s overall transparency are now near the top 10 per cent of CEP’s dataset.

Engagement Patterns with IPF Related to Differences in Perceptions

The roughly three-quarters of grantees who report interacting with their program manager at least once every few months or not being the one to most frequently initiate that contact provide significantly more positive ratings for many measures across the report, including the clarity and consistency of communications.

In their suggestions, several grantees request opportunities to continue to engage with Foundation staff through regular check-ins, site visits, and planning for the future of their funding.

Perceptions of IPF’s processes reflect improvement since 2015, as well as important opportunities to continue building on its progress.  Grantee ratings are significantly higher, and now above the median funder, for the helpfulness of the Foundation’s selection process.

Perceptions of the level of pressure grantees feel to modify their priorities to receive funding are now in the bottom quarter of CEP’s dataset.  This is an important area of improvement, reflecting the Foundation’s desire that our grantees be supported to implement their own theory of change in support of a particular cohort, and not fit into a pre-determined criteria arbitrarily set by the Foundation.

In their suggestions for the Foundation, the largest proportion of grantees (22 percent) mention some aspect of the proposal and selection process.  These suggestions include more transparency around the selection process and criteria, and clearer information on the website and/or online application.

1. Given CEP research that indicates unrestricted grants are associated with the highest ratings for impact, as well as IPF grantees’ specific requests for more operating support, explore opportunities to expand IPF’s provision of unrestricted funding to a larger proportion of grantees, where appropriate.

2. Considering the Foundation’s strategy as well as staff capacity, consider increasing the provision of valuable non-monetary support to grantees.

3. Reinforce communications about the Foundation's goals and strategy, including how grantees' current work fits into IPF's broader efforts.

4. Per grantee and applicant suggestions, seek areas to increase the clarity of the Foundation’s application process, including in relation to guidelines and expectations.

The Foundation's response to CEP recommendations

We will pursue a range of initiatives that I am confident will seek to address areas noted by CEP, particularly around the provision of non-monetary support to grantees and communicating more effectively elements of the Foundation’s application process, including in relation to guidelines and expectations.  These initiatives include:

The Foundation is seeking two new support staff to commence mid-2022.  A program officer, who will support the five existing program managers, and a research & evaluation officer, to increase our existing research & evaluation capability.  Both new positions will include as part of their respective job descriptions, responsibilities that include the provision of an increased array of non-monetary support for grantees.

A key recommendation arising from the CEP report to Foundation’s Board reflected CEP research findings, that indicate unrestricted grants are associated with the highest ratings for impact.  CEP also noted that IPF grantees were specifically requesting more operating support.  CEP recommended that “…the [Foundation] explore opportunities to expand its provision of unrestricted funding to a larger proportion of grantees, where appropriate...”.

At its December 2021 meeting, the Foundation Board approved the provision of Capacity Building grants as an increasing proportion of the Foundation’s philanthropic portfolio.

Grant management processes will include engagement with approved grantees to determine goals and outcomes stipulated by the grantee, with a flexible approach regarding progress in achieving such goals and outcomes, over the course of the grant term.

In usual circumstances, Capacity Building grant funding will not exceed five years.  Exceptions will be subject to consideration by the full Board during year four of a five-year grant.

Conversations with grantees from day one of an approved Capacity Building grant will include the sustainability of organisational funding beyond the term of the IPF five-year grant.

What does all of this mean for our future grant making?

The launch of our new website in April 2022 will reflect the benefit of the valuable insights provided by our grantees and declined applicants as part of this 2021 CEP survey.  The enhanced functionality, improved layout, and relevant and timely content on the IPF website will address many areas for improvement noted throughout this process.

Grant seekers will be better informed by our new website as to what the Foundation is keen to support, in each of our four funding pillars.

Since 2015, we have improved enormously in the provision of non-monetary support to our grantees.  Our increased investment in support staff is designed to maintain this trajectory of improvement that benefits many more of our grantees in an area that is highly valued and, when done well, beneficial beyond our direct funding.

Our grant making will continue to evolve, also informed by this 2021 CEP survey.  The most obvious element that will change will be the increasing proportion of annual grants awarded as Capacity Building grants.

In the future, Capacity Building grants will become a larger component of the Foundation’s philanthropic portfolio.  Within 5 years, it is anticipated that the Foundation will have a clearly delineated portfolio of open grants, comprised of:

Project grants will largely be identified via the Foundation’s open grant rounds in each program area and our research grants will remain specific to both the Sustainable and Healthy funding pillars.

Thank you to our survey participants

The findings and recommendations included in the 2021 CEP survey would not be possible without the time and effort invested by our grantees and declined applicants.  Your honest and direct feedback will assist us enormously as we seek to implement improvements in all aspects of our grant making that drive sustained improvement for us as a grantmaker.

For many people, 2021 was another very challenging year, with the impacts of the global pandemic disproportionately affecting disadvantaged members of our community.