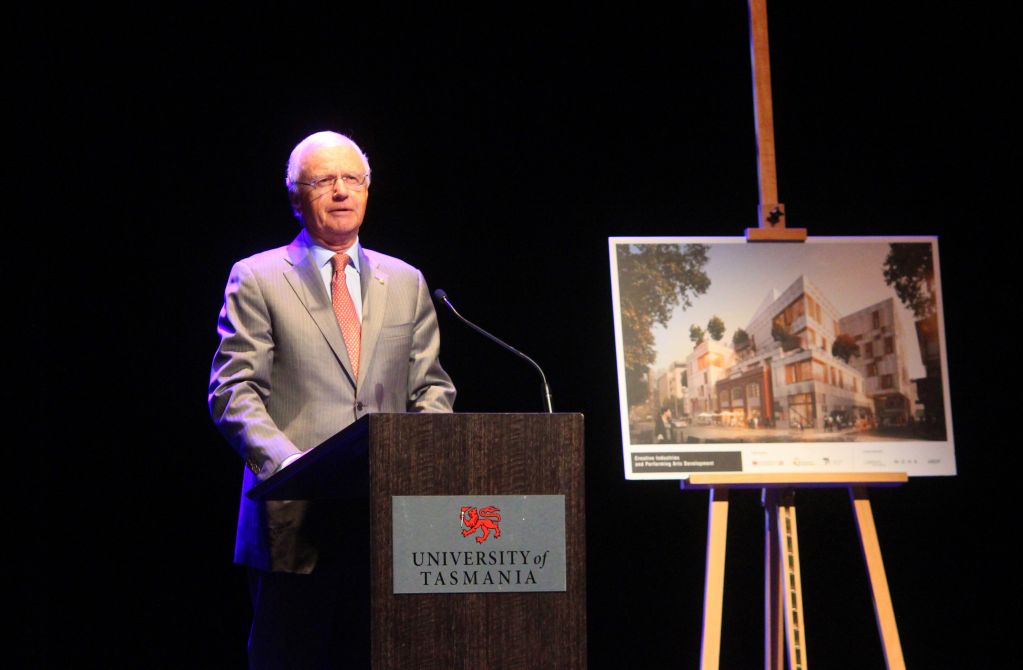 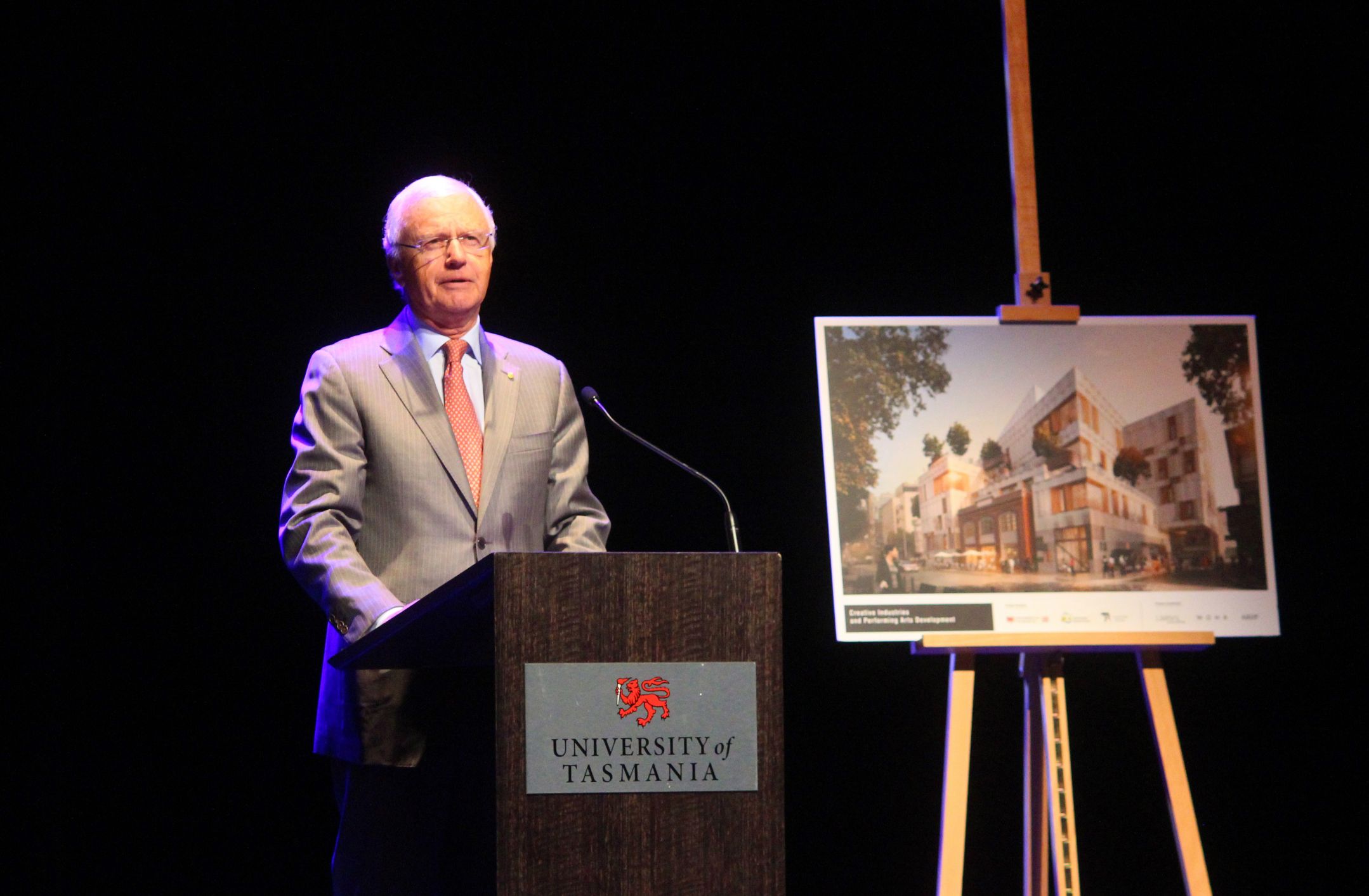 The Creative Industries and Performing Arts (CIPA) project will bring together key cultural assets including the Theatre Royal, the University’s Conservatorium of Music and the Creative Exchange Institute (Cxl), a new interdisciplinary research body.  CIPA will be a resource for the whole community as well as increasing the availability of educational opportunities in creative arts within Tasmania.

The Foundation has granted $5 million to this project topping up State and Federal government funding for this impressive undertaking.  As a national funder, the Foundation is thrilled to be able to support such a landmark project in Tasmania.

Below is the speech given by Alex Chernov at the announcement in Hobart.

It is a great pleasure to be here on behalf of the Ian Potter Foundation at this exciting announcement of the establishment by the University of the forward-looking, multi-functional and multicultural hub that the Vice-Chancellor has just described.

The Foundation is delighted to contribute to this inspirational project that accords with its long-held funding principles that encourage the development of imaginative and distinctive artistic projects that foster Australia’s creativity in the cultural space and contribute to positive social change. In that regard, the Centre ticks all those boxes and more.

Thus, the Foundation is pleased to join other philanthropic partners, the University and State and Federal governments in the creation of this far-reaching project.

As we have heard, the Centre will comprise state-of-the-art venues that will not only provide educational and public performance opportunities but will also facilitate cross-disciplinary creativity and thinking. In that respect, it will be transformational for Tasmania and provide an incentive for locals and others involved to come here to enhance their skills and build on their appreciation of the broad spectrum of the arts. And existing institutions, like the well known Tasmanian Conservatorium of Music, will also benefit greatly from this purpose-built facility.

Looking at some of the State’s developments during the past few decades, one could be forgiven for thinking that Tasmania has a knack of establishing cultural enterprises that draw participants and visitors in large numbers. And I am confident that this Centre will be no exception.

This State has also focused on protecting its heritage — one only has to look at Salamanca Square and Constitution Dock and their surrounds to appreciate the success of this policy. In keeping with this approach, the University has cleverly included in the development of the Centre the historic Theatre Royal which, as you know, is the oldest working theatre in Australia, that first opened its doors over 180 years ago.  It has seen great artists such as Sir Lawrence Olivier and Noel Coward on its stage. Over its life, however, it has endured various downturns, but it will now be rejuvenated as an important part of the University’s Creative Industry and Performing Arts Centre.

Interestingly, the Theatre Royal was built through philanthropic endeavours by a group of Hobart business leaders who considered that it should have a permanent theatre for its rapidly expanding colony.  And the concept of a philanthropy-driven cultural development in this city has been harnessed again, this time by the University, in order to create this Centre.

One of its stand out features is that it will not be built on the traditional University campus, but virtually in the middle of Hobart – only a few city blocks from the waterfront. This will encourage the community to make use of the facilities that will form an integral part of this hub.

Before concluding I refer again to the visionary aspect of the project and note that Noel Coward called the Theatre Royal “a dream of a theatre”. Little did he know what an important role it would play in the University’s dream of establishing its stand out cultural hub for Tasmania.

On behalf of the Ian Potter Foundation, I congratulate the University on its visionary initiative that will reshape life here and beyond for present and future generations and look forward to seeing it in its finished state.