For many people, 2021 was another very challenging year, with the impacts of the global pandemic disproportionately affecting disadvantaged members of our community. At the Foundation, we are thankful for the continuing efforts of the not-for-profit sector to meet the needs of the community while rising to these new challenges.

During such difficult times, the Foundation remains committed to supporting organisations working to address the most pressing problems in our society. Part of this commitment is the continuous improvement of our own processes and strategies.

Hence, as part of the Board's commitment to a five-year evaluation cycle of its approach to grantmaking, the Board re-engaged The Centre for Effective Philanthropy (CEP) to conduct a confidential survey of our grantees and declined applicants to obtain feedback on the quality of the Foundation's grantmaking. Originally planned for 2020, the survey was delayed to May 2021 due to the sudden impact of the COVID-19 pandemic on our grantees and declined applicants.

The results have been pleasing, with grantees rating the Foundation significantly higher compared to the first survey conducted in 2015 in more than a dozen individual measures, including aspects of the Foundation's impact, understanding, relationships, and processes. The results also identify areas where improvements can be made, to which the management team is turning their attention. Such feedback assists the Foundation in remaining an effective and impactful philanthropic foundation, supporting the efforts of our grantees and engaging further with those organisations we don't fund but who do formally engage with us.

Twenty-two grants were awarded in the Fair Pillar comprising 13 grants ($4.0 million) in the Community Wellbeing program and nine grants ($3.0 million) in the Early Childhood Development program. The majority of these were capacity-building grants to ensure existing partners could adapt or pivot their services to continue to serve their cohort.

Ten Medical Research grants ($1.45 million) and six Public Health Research projects ($2.56 million) were funded via the Health Funding Pillar, continuing the Foundation’s support of a range of targeted investments in this important area.

Sixteen grants were awarded in the Vibrant Pillar ($5.1 million) supporting a range of arts organisations hoping to extend their impact creating a vibrant and engaged cultural scene. In addition, $0.4m supported The Ian Potter Cultural Trust.

The rapid rate of change to Australian ecosystems caused by climate change requires bold and innovative action. The need for systemic change supporting environmental sustainability is reflected in the projects supported in 2020–21 within the Sustainable pillar. A little over $8 million was awarded in grants comprising one $5 million major grant and six program grants ($3.1 million) all focused on improving environmental knowledge and management practices.

The Foundation’s significant additional investment supporting Watertrust Australia Ltd was made possible by the receipt of a $26 million bequest to the Foundation in August 2020. Known as the 'Kingston’ bequest, this generous donation from the late Margaret Caroline Reid’s estate is the largest bequest received by the Foundation since Sir Ian’s own contributions made during his lifetime and then from his estate in 1994.

Margaret Reid was a generous benefactor and philanthropist during her lifetime, establishing scholarships at schools she attended. Throughout her life, Margaret Reid managed her personal wealth with great care and was privately very proud that she could leave a substantial legacy to charity. She was also passionate about preserving Australia’s environment for future generations. In line with her lifelong interest in the environment, co-executors of Margaret Reid’s estate requested that the first significant contribution funded by the Kingston bequest be $5 million to support the establishment of Watertrust Australia Ltd. A request that my fellow Governors were more than happy to approve.

It is with sadness that I must also recognise the passing of Sir James Gobbo AC CVO QC in November 2021. Sir James retired from the Board in 2019 after 18 years of service, during which time he tirelessly promoted organisations and programs addressing community needs. Sir James particularly championed the 50th Anniversary Commemorative grant awarded to STREAT to establish their Collingwood premises and continue its work assisting homeless youth.

Sir James also believed in the importance of providing education and training opportunities for young people, advocating strongly for the major grant awarded to the Sunshine Skills Hub at Victoria University in Melbourne’s western suburbs.

The Governors and staff remember Sir James as a great Australian who lived by the principles of honour, integrity, faith and serving the community. We express our sympathy to his wife Shirley, his children and his grandchildren.

Finally, I wish to thank my fellow Board members, CEO Craig Connelly and the staff of The Ian Potter Foundation for their dedication and contribution to the important work of the Foundation. 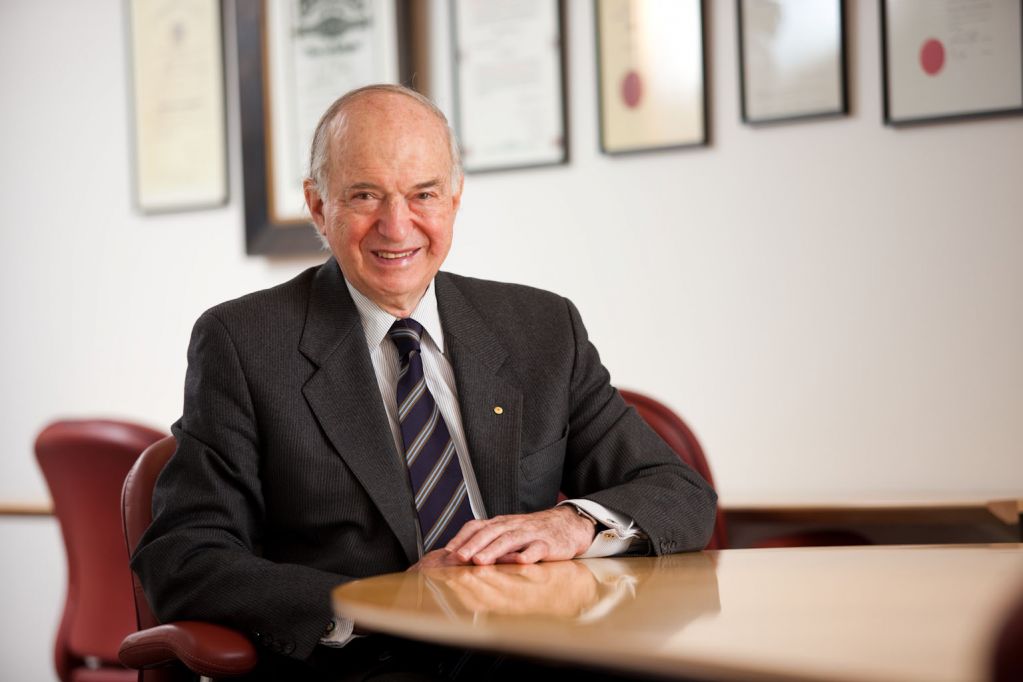 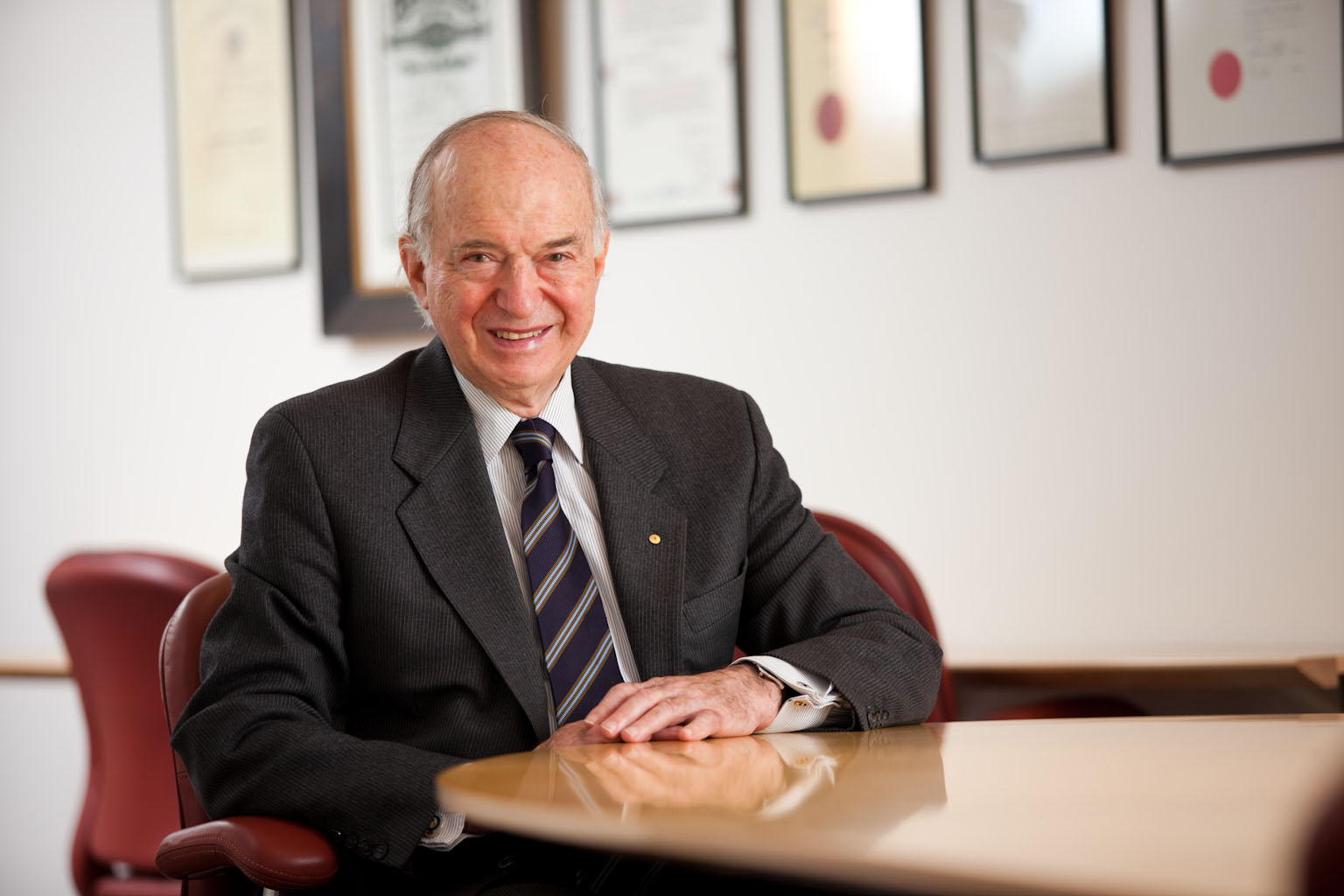 Sir James was a Governor of the Foundation from 2001 until 2019. Sir James brought a wealth of experience to the Board, serving on the Community Wellbeing committee throughout his tenure.

Sir James was a keen supporter of organisations and programs that addressed community needs. He also believed in the importance of providing education and training opportunities for young people.

CEO Craig Connelly shares the feedback from the latest grantee survey and the Foundation's planned responses.

The role of philanthropy is to be optimistic, to ‘lift its gaze’ and think of what might be, what could be possible.