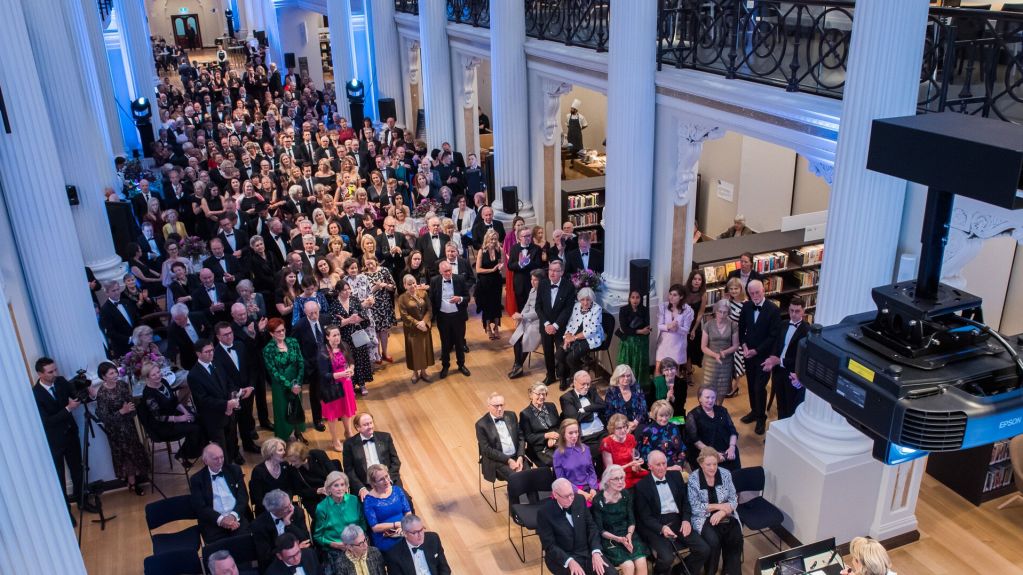 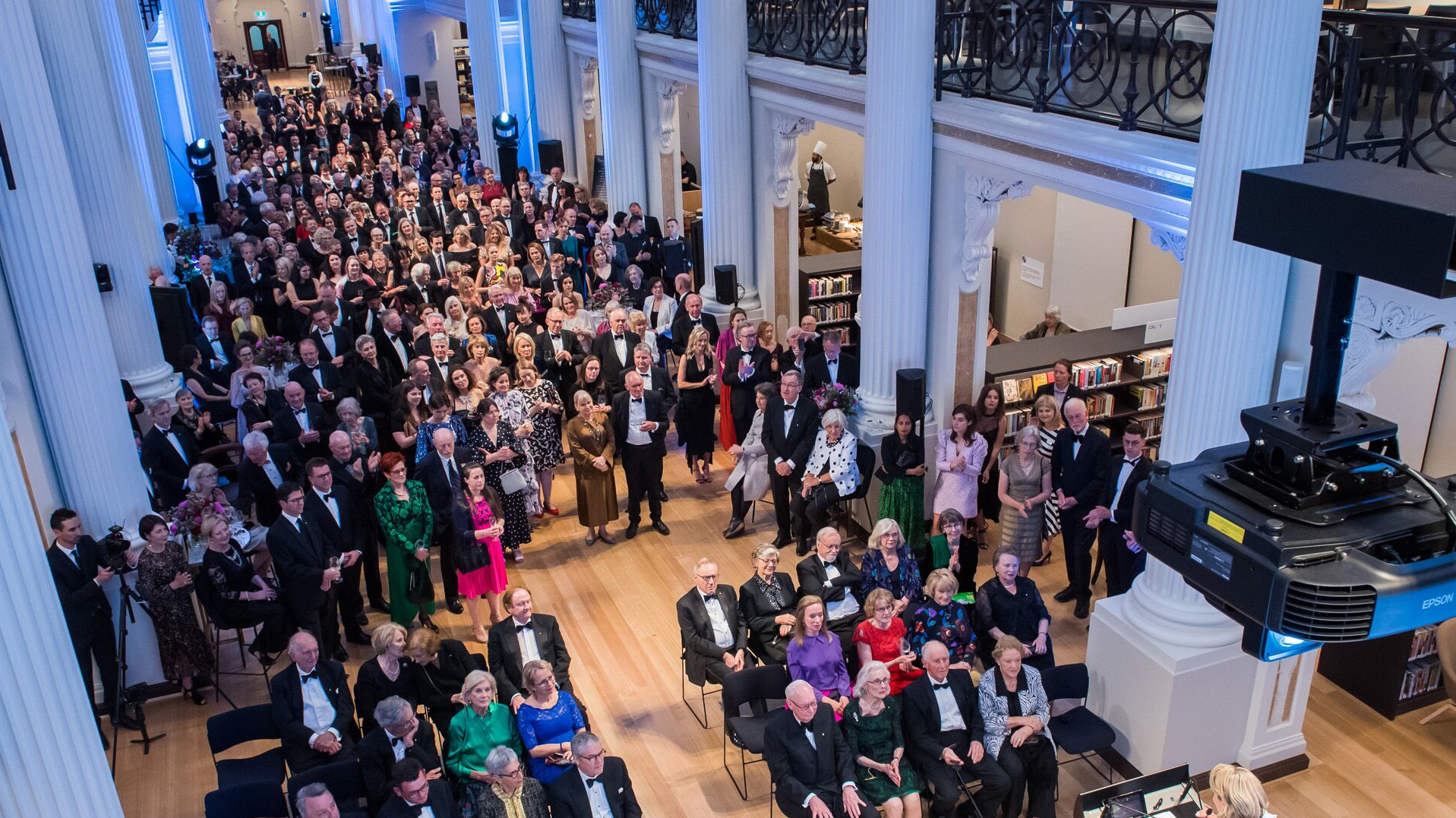 Gala opening of The Ian Potter Queen's Hall, a central part of the State Library of Victoria's Vision 2020 project to renovate and re-invigorate this 160-year-old public institution.

The 2019-20 period was certainly one of extremes. Over the summer months, many parts of Australia suffered from devastating bushfires which are still impacting many communities. Then, as Australians worked to recover and regroup from these local disasters, the world was hit by the coronavirus pandemic which is likely to affect all sectors and communities for the foreseeable future.

The pressures on the economy and our community have been considerable and the philanthropic sector has done its part in assisting the not-for-profit sector by providing additional support to those organisations experiencing greater need.

In 2019–20, the Foundation awarded 94 grants totalling $29.0 million of which $17.5m was awarded to 85 grantees across its four funding pillars, $10.5 million supports four major grants and $1.0 million was awarded in Sector Support and Alec Prentice Sewell Gift grants.

Back in December 2019, when speaking at the opening of The Ian Potter Queen’s Hall at the State Library of Victoria, I reflected on the importance of long-standing institutions and the significant part that philanthropy plays in supporting great public institutions so they may endure and to continue to meet the needs of the wider community.  At that time, little did any of us know what lay in store for the year ahead.  I trust the loss of face-to-face social connection many of us endured during 2020 ultimately evolves into an enhanced appreciation of these institutions in the years ahead.

At the Foundation, we seek to learn from all that we do, adjusting our processes as our grantmaking evolves.  One example of this evolution is the Foundation’s partnership with The Myer Foundation to create a national, independent centre focused on improving decision-making around the management of Australia’s fresh water and catchments.

The Foundation’s decision in September 2019 to award a major grant of $5 million over ten years, matched by The Myer Foundation, to the Australian Academy of Science, represented a $10 million aggregate funding commitment towards a larger funding goal of at least $35 million to ensure the successful establishment of the Australian Water and Catchment Centre.

Since that time, more than a dozen Australian philanthropic foundations have joined us, committing an additional $21.5 million over ten years that will support the establishment of the Centre.  The success of this fundraising effort encourages us to continue pursuing further collaborative philanthropic investment in other large-scale catalytic initiatives important to Australia’s future prosperity.

In late 2019, two long-serving Governors Professor Thomas Healy AO and The Honourable Sir James Gobbo AC CVO QC retired from our Board. We thank both our retiring Governors for their dedicated, knowledgeable and insightful contributions to our discussions and decisions on grants. We wish them both well in their retirement.

Lastly, we recognise the exceptional contribution of Craig Connelly and all his staff during the difficult conditions caused by COVID-19 and congratulate the entire team on maintaining our operations during these challenging times.

*Sir James Gobbo served as a Board member for 18 years and chaired the Community Wellbeing (formerly Social Welfare) Committee. Sir James’ primary interest lay in addressing our community’s social needs.  Sir James particularly championed the 50th Anniversary Commemorative grant ($500,000) awarded to STREAT to assist them to establish their Collingwood premises and to continue their work to support youth at risk of homelessness. Another project Sir James advocated strongly was Victoria University’s Sunshine Skills Hub which was the recipient of a $5 million major grant in 2016.  Sir James was admired by his fellow Board members for his integrity, empathy and personal involvement in assisting the disadvantaged in our community, whether young or old, and encouraging education, whether at university level or in the development of important trades.

CEO Craig Connelly shares the feedback from the latest grantee survey and the Foundation's planned responses.

For many people, 2021 was another very challenging year, with the impacts of the global pandemic disproportionately affecting disadvantaged members of our community.