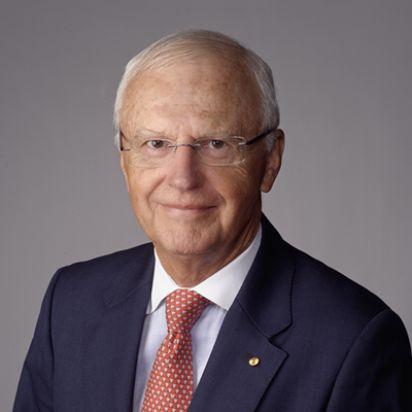 After completing his degrees Alex Chernov practised as a barrister for over 30 years in commercial law and equity and was appointed Queen’s Counsel in 1980.

In 1997 Alex Chernov was appointed to the Trial Division of the Supreme Court of Victoria and, in the following year, to its Court of Appeal. In 2009 he was elected as Chancellor of the University of Melbourne. He was appointed an Officer of the Order of Australia in 2008 and a Companion of the Order in 2012.

Alex Chernov was sworn in as Victoria’s 28th Governor in April 2011 and, in September 2014 as deputy to the Governor-General.  After completing his term Mr Chernov joined the boards of The Ian Potter Foundation, the Grattan Institute which he chairs, and other organisations and has been involved in alternative dispute resolutions.