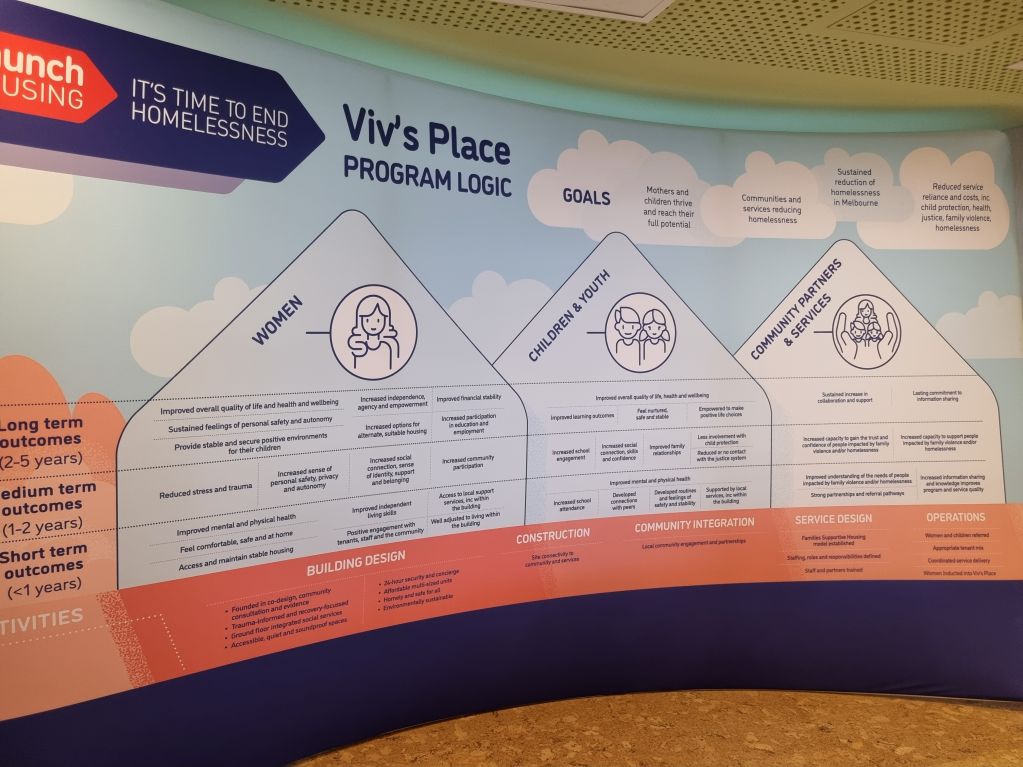 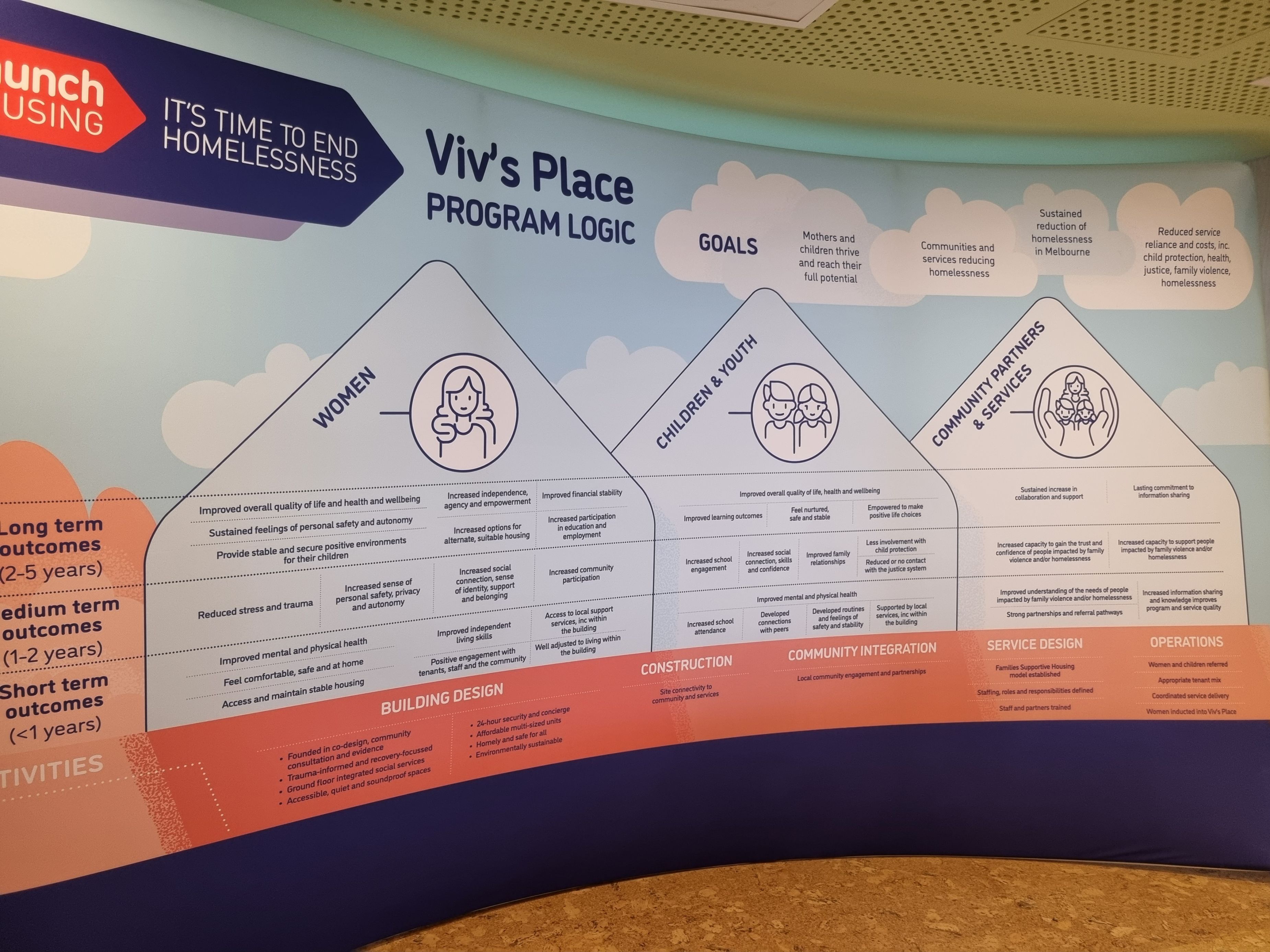 Viv’s Place is based on a highly successful model in Broadway, New York, which has created supported communities in such apartment blocks over 30 years and supported thousands
of people out of homelessness by giving them a permanent home and other help.

Launch Housing, in partnership with Uniting Vic.Tas, and supported by philanthropic donors and the Victorian Government, has welcomed its first families to their new home, Viv’s Place, an Australian-first apartment building in Dandenong for at-risk women and children.

Over 40 per cent of the $30 million project was funded by philanthropic donors.

Based in Dandenong, Viv’s Place provides a unique combination of permanent housing and on-site wrap-around support services to provide a fresh start for up to 60 women and 130 children escaping family violence and homelessness.

Viv’s Place was initially anchored by donations from the Australian Nursing and Midwifery Federation, Lord Mayor’s Charitable Foundation and Shine on Foundation, followed by Gandel Foundation and The Ian Potter Foundation, as well as a host of other generous donors.

The Ian Potter Foundation awarded a major grant of $2.5 million to Launch Housing in December 2019, sharing its vision to make a lasting impact on vulnerable families.

Charles Goode AC, Chairman of the Foundation, said, "The Board of The Ian Potter Foundation was impressed by key attributes of Launch Housing’s proposal for Viv’s Place.  As an Australian first for a project of this scale – based on a proven international model including the provision of comprehensive wrap-around support services for women and their children escaping domestic violence – the proposal was outstanding.

“Most significantly, Viv’s Place will demonstrate the social and economic value of permanent housing. While the need is much greater than this project can address, it is the Foundation’s hope that Viv’s Place will leverage further investment nationally to allow the replication of a model that more effectively addresses the risk of homelessness for many women and young children suffering domestic violence”, Mr Goode added.

Robin Friday and his extended family also played a critical role in bringing the project to fruition, contributing $1.2 million from the sale of his family home in Box Hill - a decision that received wide media coverage in May 2021. 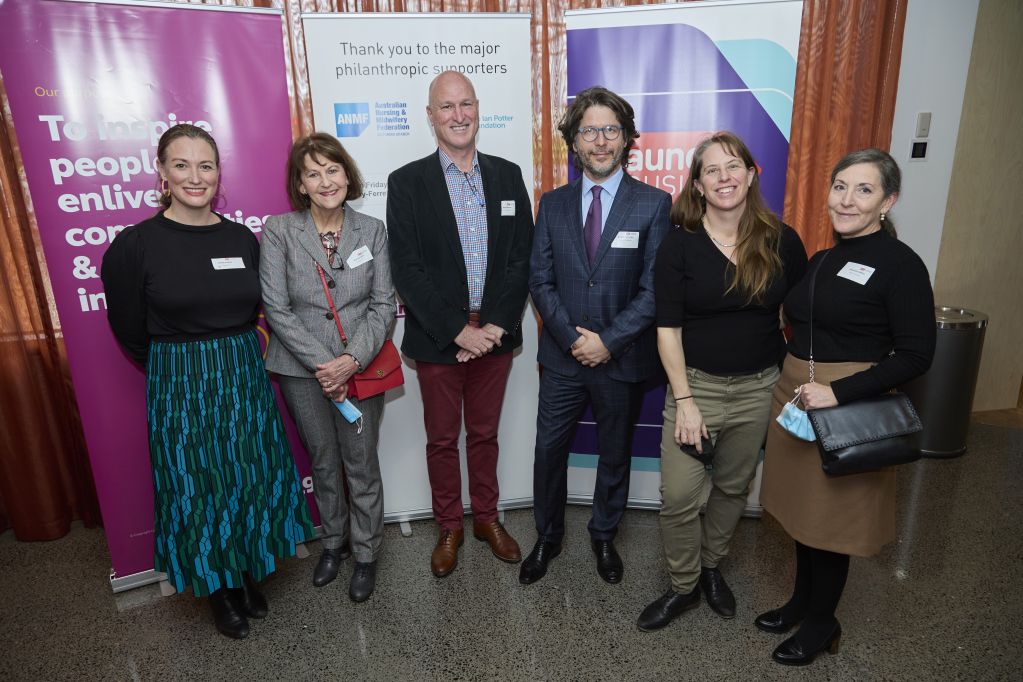 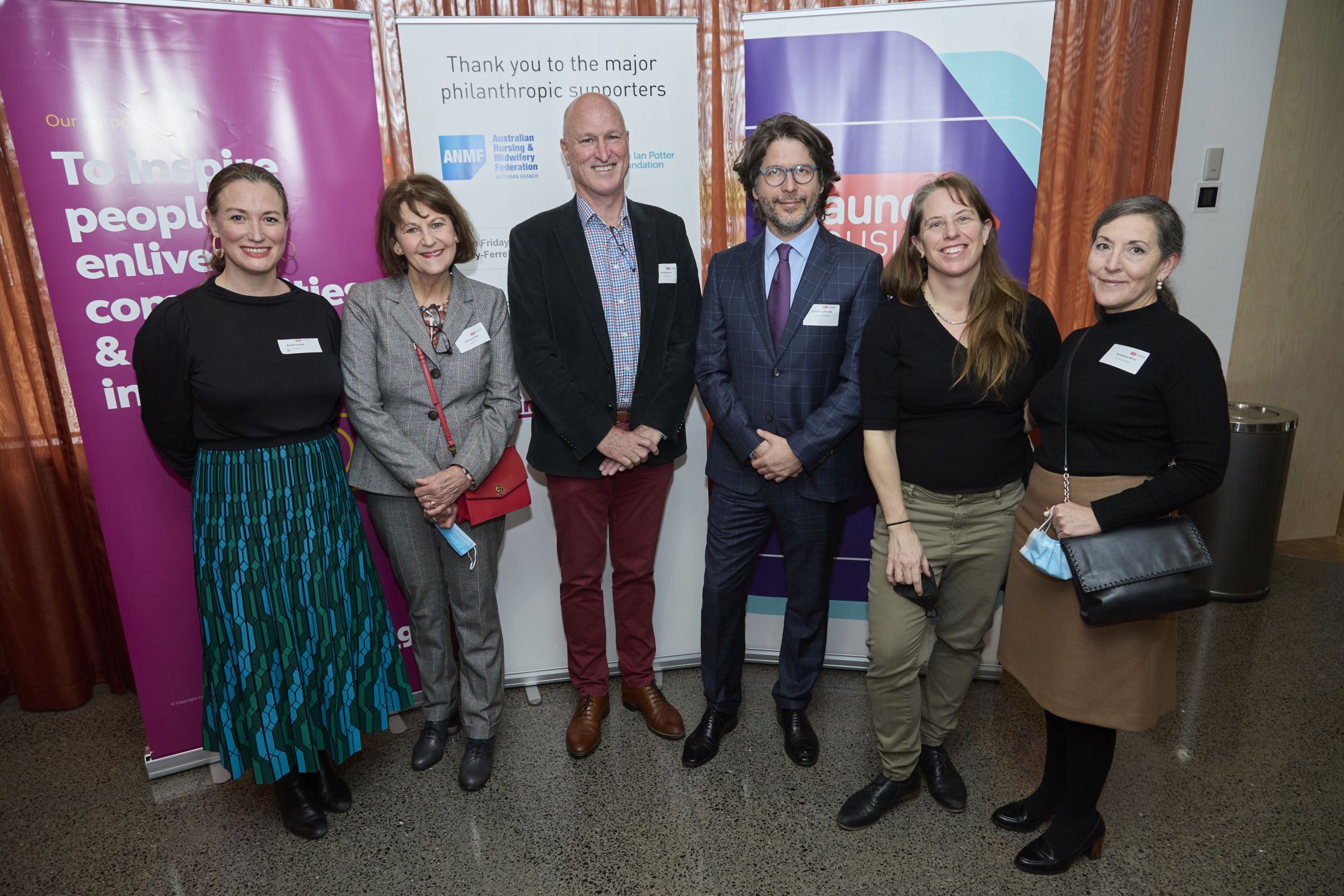 At the official opening of Viv's Place, the Foundation's Senior Program Manager for Community Wellbeing, Dr Alberto Furlan, made the following remarks:

It's been said today, and many other times, that “it takes a village to raise a child”. And look at the village we've all made – it's absolutely wonderful.

Launch Housing, in partnership with Uniting, had a vision for a safe haven located in the heart of the community to support women and children in challenging circumstances.

From the perspective of our board, the original proposal was just about perfect. Viv's Place is

Most significantly, Viv’s Place is intended to demonstrate the social and economic value of permanent housing.

These exceptional facilities are the ideal space to support families to recover from trauma, improve health and wellbeing, receive age and culturally appropriate engagement in education and find employment.

Women will increase their capacity and confidence in parenting their children, and there will be improved early childhood development and educational outcomes and overall improved health and wellbeing.

There will also be economic benefits for the community.  This will largely be through offsetting the need and demand for more expensive tertiary services dealing with mental health, chronic homelessness, primary and specialist healthcare, and child protection.

Launch Housing has created a truly beautiful environment in the heart of the community, which will help to remove the stigma often associated with and felt by victims of domestic and family violence. And look, you can't really miss this place when you're coming down the street it's absolutely wonderful.

I also wish to acknowledge and thank the philanthropic community that came together to support this project, including the:

The Ian Potter Foundation has a history of supporting innovative capital projects in the homelessness space, and I can tell you I've seen 10 to 15 in the last ten years, and truly I think this is one of the best I've seen in Australia.

Viv’s Place really stands out as one of the best, and we've supported many in the last five years.

We're sure our fellow philanthropic contributors also backed this evidence-based model with the hope that governments across Australia will replicate this model because it simply works. We need more of these in every state and territory in Australia.

To conclude, I can think of no better partnership than Launch Housing and Uniting to manage this ‘housing first’ facility and give women and children a future.