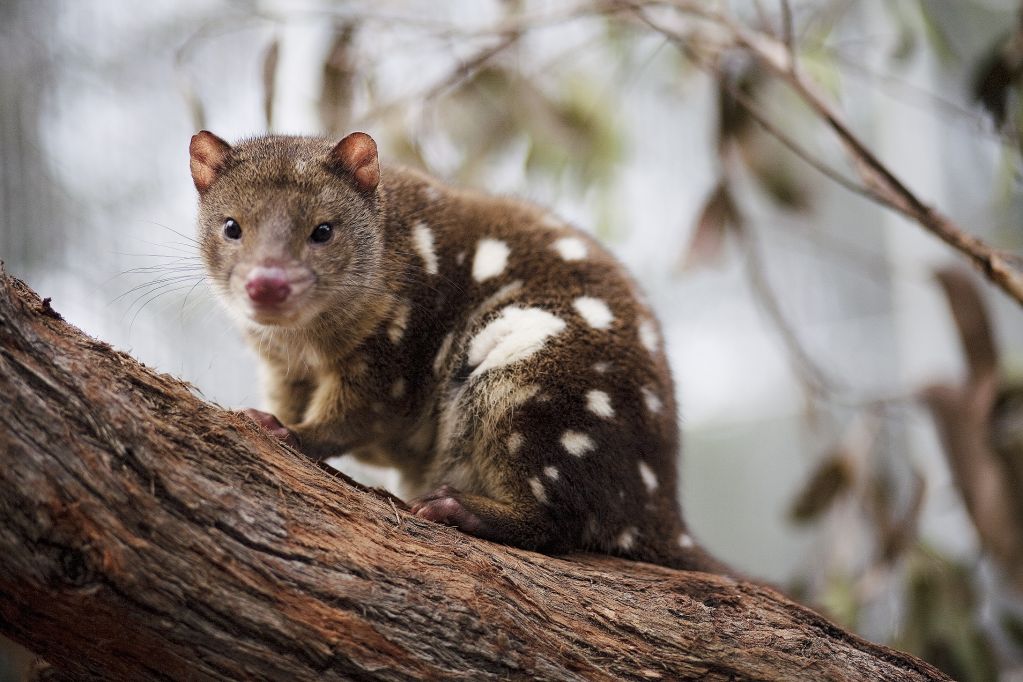 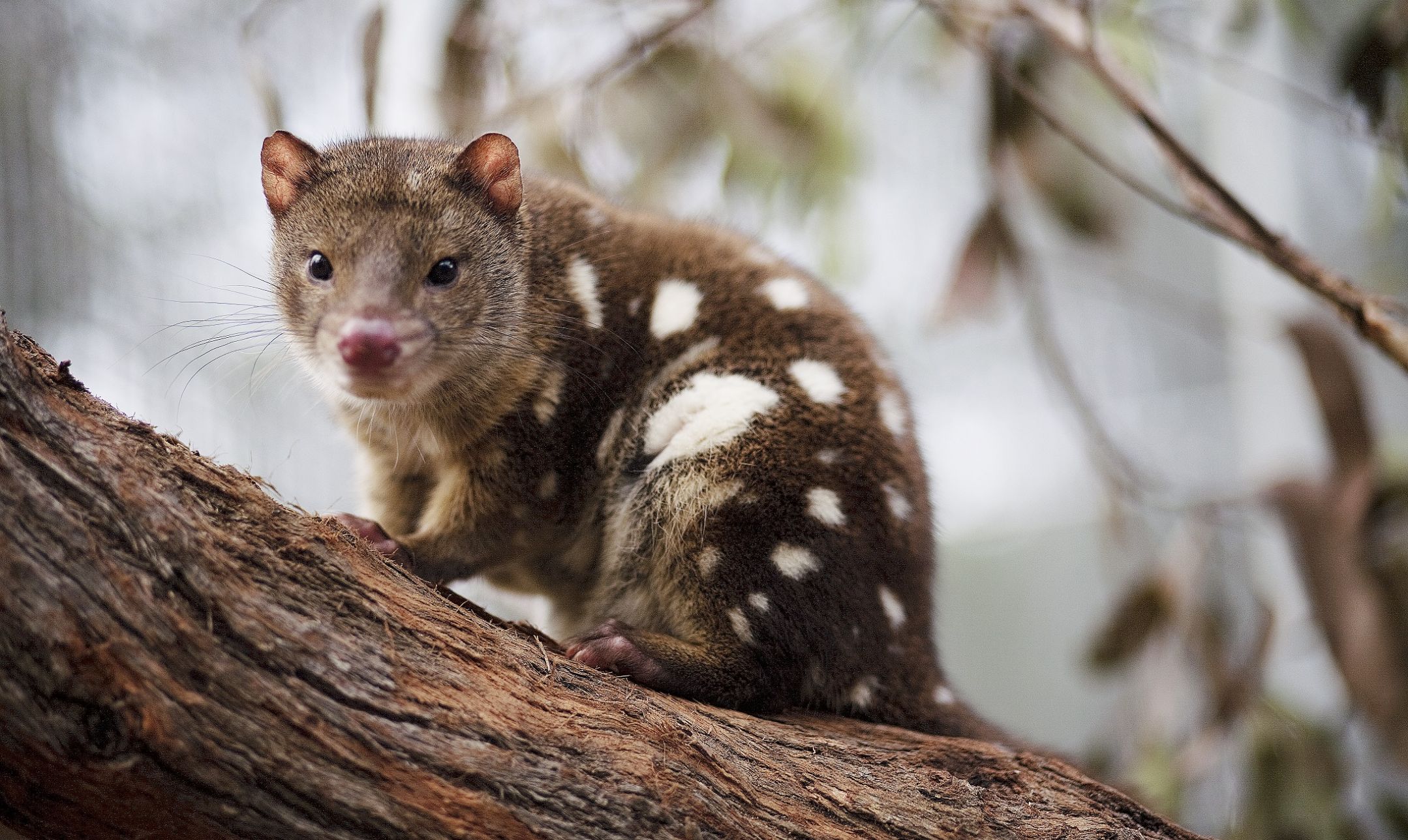 Solving the most urgent wildlife conservation issues in the Otways

This project aims to reverse the decline in native wildlife in the Otways region of Western Victoria and prevent a cascade of extinctions, initially through mapping the distribution of three threatened species: Tiger Quolls, Long-nosed Potoroos, and Long-nosed Bandicoots.

The Otways still supports populations of a number of threatened species including Tiger Quolls, Long-nosed Potoroos, and Long-nosed Bandicoots; however, a national pattern of species declines suggests a cascade of extinctions is likely without decisive action.

With greater understanding, we can develop best practice land management solutions and effective plans to protect and restore threatened wildlife species across the Otways – but we need to act quickly and take a scientific approach in order to be successful.

This project was established to undertake critical research for wildlife conservation with the dual aims of reversing the decline in native wildlife in the Otway Ranges and preventing a cascade of extinctions.

Through this project, the Conservation Ecology Centre (CEC) aimed to build a strong framework for conservation action, jointly developed and owned by a range of Otways Threatened Species Research Network (OTSRN) partners, and stimulate engagement and investment by land managers (public and private) in strategic long-term conservation. Specific goals were:

This capacity building project aimed to deliver on these goals through:

The CEC developed a network of land management agencies, research institutions and naturalist groups who are involved in the management and research of threatened species in the Otways. Membership of this group, the Otways Threatened Species Research Network (OTSRN), has grown since 2016 to a membership of 234 including representatives from seven universities, four government agencies and ten NGOs.

The CEC gathered 11 databases from members of the Network to create the most comprehensive spatial database possible for Otway threatened species practitioners to work with. CEC now has approximately 11,000 records of threatened species which includes mammals, birds, plants and fish. Through this data gathering process, CEC has advanced its knowledge of many species.

This threatened species database for all mammal records is now online and hosted on the Visualising Victoria’s Biodiversity (VVB) portal created by The Centre for eResearch and Digital Innovation at Federation University.

The VVB platform brings together existing environmental datasets and information managed or hosted by a range of organisations and groups and provides a portal for this information to be displayed.

In collaboration with researchers from some of the OTSRN, CEC obtained measurable results that fill critical knowledge gaps on:

The OSTRN is an important platform that allows researchers the opportunity to present their findings and it also gives land managers an opportunity to collaborate with applied ecological researchers to design research programs that address key knowledge gaps.

A key component of this communication is the Otways Threatened Species Research Forum, a growing annual event, which in 2018 attracted close to 100 attendees. Those speaking, and listening, included researchers, public land managers (such as DELWP and Parks Victoria) and private landowners and managers (e.g. Landcare).

CEC staff continue to regularly engage with the community directly through presentations at a range of venues and events throughout the Otways.

The OSTRN continues to grow in membership and there are several research programs that are all collaborating to produce excellent applied ecological research. The Network’s researchers have been awarded research grants from numerous bodies including State Government and the Australian Research Council. 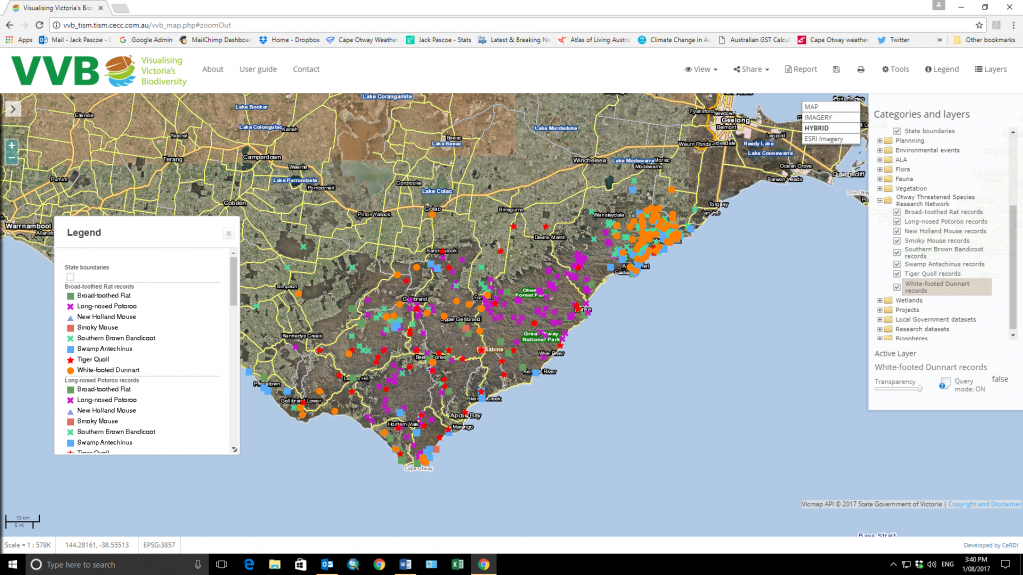 The VVB Platform brings together existing environmental datasets and information. 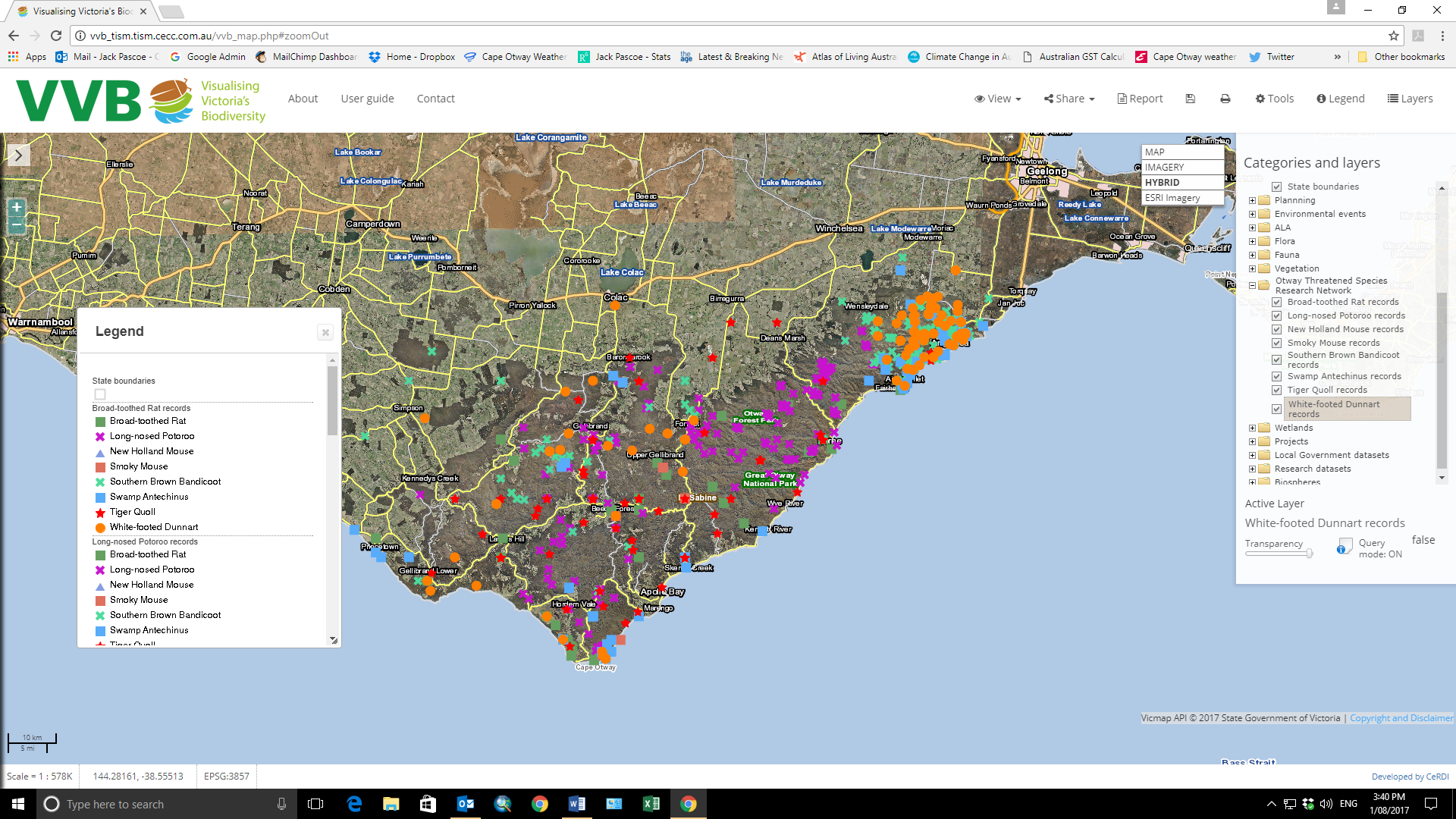 The VVB Platform brings together existing environmental datasets and information.

The Visualising Victoria's Biodiversity (VVB) platform brings together existing environmental datasets and information managed or hosted by a range of organisations and groups and provides a portal for this information to be displayed.