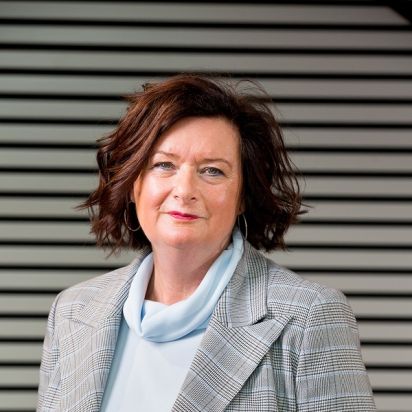 Professor Karen Day was appointed to the Foundation's Board of Governors in September 2021. Professor Day is an infectious disease epidemiologist dedicated to improving global public health.  She is a microbe hunter describing the diversity of malaria parasites globally to improve disease surveillance and control. She has extensive international experience leading field programmes in malaria-endemic areas of East, West and Southern Africa, India, Southeast Asia, Papua New Guinea and South America. She is a founder of the scientific discipline of malaria genomic epidemiology.  She has a strong track record of mentoring junior scientists.

Professor Day is also an experienced educator and academic administrator in medicine and science and has held senior leadership posts in universities in the UK, US and Australia. Highlights include being recruited to the University of Oxford in 1993 where she was soon promoted to Professor for her scholarship and leadership. She is an Emeritus Fellow of Hertford College, Oxford, having been one of the first women science “dons” at that College.  From 2004-13, Professor Day led the development of interdisciplinary global public health programs as Director of the Institute of Urban and Global Health at New York University. Most recently she has been the Dean of Science at the University of Melbourne. Her profile as a manager is a change agent, building new enterprises and restructuring to improve organizational achievement. She now continues her malaria epidemiology research at the University of Melbourne.