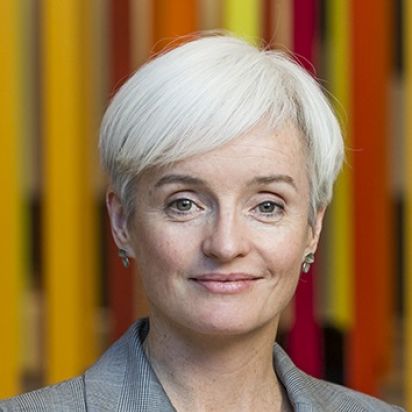 Professor Emma Johnston was appointed to the Foundation's Board of Governors in September 2021.

Professor Johnston is Deputy Vice-Chancellor (Research) at the University of Sydney and co-Chief Author of the National State of Environment Report. Professor Johnston's research focus is on the impact of human activities in marine ecosystems and how we can build ecological resilience. Her research is conducted in diverse field environments, from Antarctica to the Great Barrier Reef and temperate Australian estuaries.

A highly awarded scientist, educator and communicator, Professor Johnston was most recently Dean of Science and Professor of Marine Ecology and Ecotoxicology at UNSW Sydney and previously Pro Vice-Chancellor Research at UNSW and Director of the Sydney Harbour Research Program for the Sydney Institute of Marine Science. She is an elected fellow of the Australian Technological Society (ATSE) and her awards include the Australian Academy of Science’s inaugural Nancy Millis Medal, the Royal Society of New South Wales Clark Medal, and the Eureka Prize for Science Communication. In 2018 she was made an Officer of the Order of Australia (AO) for “distinguished service to higher education, particularly to marine ecology and ecotoxicology, as an academic, researcher and administrator, and to scientific institutes”.

Professor Johnston is a national advocate for the Science and Technology sector, Co-Chief Author of the Australian Government’s State of Environment Report, and a Director on the Board of the Great Barrier Reef Marine Park Authority.  She consults with industry through the development and implementation of new biomonitoring and ecological engineering techniques and frequently contributes expert opinion to state, federal and international agencies.  Professor Johnston is also a television presenter for the ongoing BBC/Foxtel series, Coast Australia.

Professor Johnston's research studies the impacts of human activities in marine ecosystems and how we can build ecological resilience. Her research is conducted in diverse field environments; from Antarctica to the Great Barrier Reef, and temperate Australian estuaries.