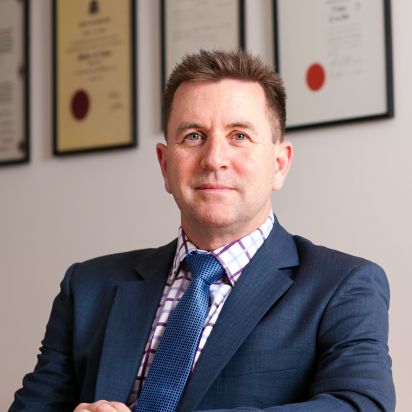 Craig Connelly commenced as CEO of The Ian Potter Foundation in December 2015. Craig previously spent 25 years working in a variety of roles in the Australian financial services sector, initially with respected chartered accounting firm, Price Waterhouse, followed by 11 years as a leading Australian equities analyst and partner with JB Were. In 2004 Craig successfully established his own Australian Equities long/short fund before selling his interest in the fund in late 2011.

A Fellow of the Institute of Chartered Accountants and a Fellow of the Financial Services Institute of Australasia, Craig is an experienced business analyst and successful manager whose professional strengths lie in his research innovation, industry analysis, technical expertise and strong communication skills. Craig has also been an effective mentor to many young professionals throughout his business career.

Over the past 15 years, Craig has spent time supporting personal philanthropic pursuits, most notably his Swim For Life campaign in December 2005 and December 2006; raising funds for new day beds at the Royal Melbourne Hospital 5 West cancer day ward, and more recently devoting his efforts to the advancement of a large community club in the north-west region of metropolitan Melbourne.