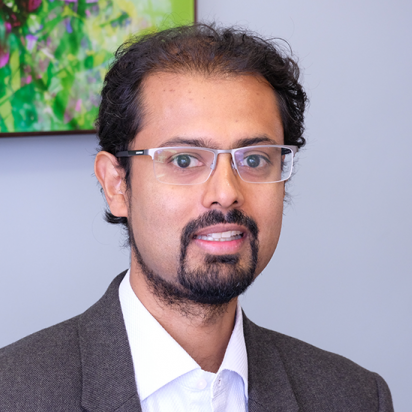 Rohan Martyres joined the Foundation in July 2022 as Major Grants Development Manager. In this role, he supports cross-sector partnerships and develops flagship initiatives to help tackle some of the most pressing issues facing Australians to create a substantially more fair, healthy, sustainable, and vibrant Australia.

Rohan has 15 years of experience in facilitating cross-sector collaborations for social and health equity.  He has worked with the World Economic Forum in Australia, led an international conflict resolution field team in Nepal, and managed a social impact investment fund and consultancy in London.

Most recently, Rohan was a Programme Director with Impact on Urban Health, the UK’s largest place-based foundation working to address health inequalities. He led a 10-year, £40m initiative to permanently reduce unequal rates of long-term health conditions in urban areas in partnership with affected communities, government and the private sector.

Rohan has held non-executive roles, including with an international NGO and with London Funders, the peak body of independent foundations in London, and holds several qualifications, including a graduate degree in innovation and strategy from the Judge Business School, University of Cambridge.

Having recently returned to Australia after 13 years abroad, Rohan spends much of his spare time getting reacquainted with his home city of Melbourne, but with a family and young daughter and more focus on adventure playgrounds than ever before.