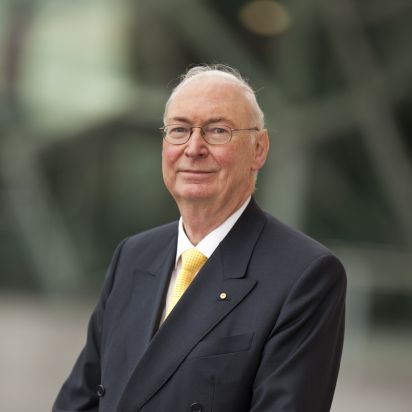 Mr Goode is the Chairman of the Boards of Diversified United Investment Limited (since 1991), and is Chairman Emeritus of Flagstaff Partners (having been Chairman 2010 – 2019).

Mr Goode was made a Companion of the Order of Australia in June 2001. In May 2003 he was a recipient of The Centenary Medal. He received the Melbourne Business School Award for 2006 and at the MBS Annual Alumni Dinner there is a Charles Goode Oration. He has been honoured as a Life Member of the National Gallery of Victoria, a Member of Foodbank Australia’s Hall of Fame, and a Life Member of Philanthropy Australia. He is a Fellow of the Australian Institute of Company Directors and received the A.I.C.D (Victorian Division) Distinguished Fellow Award for 2010 and in 2012 was Alumni of Distinction Lifetime Achievement Award by the Faculty of Business and Economics, University of Melbourne.